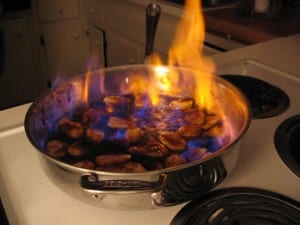 Hey – you get to watch Professional Tennis and you get to taste these two chefs competing while cooking with Rum! I’m not really doing anything other than enjoying the event, but remember – I Drink on the Job – Cheers!

The entertaining culinary showdown will take place on Monday, August 1st from 6 until 8 pm, in the tournament’s Hospitality Tent. Among the judges are International Tennis Hall of Famer Gigi Fernandez – the first-ever female Puerto Rican athlete to turn professional, Shannon Shaffer – Executive Chef of Design Cuisine, Mary Beth Albright – 2011 Food Network Star finalist and WTOP’s Man About Town Bob Madigan. Judges will sample both chef’s dishes and rate on taste, look/presentation and creativity to determine the Chef Challenge champion! NBC 4’s Eun Yang will be the emcee entertaining the audience throughout the competition.

Tickets for the Chef Challenge competition hosted by Rums of Puerto Rico includes food and drink during the reception, a ticket to all the Monday session main draw matches, and the chance to meet Hall of Famer Gigi Fernandez, all for just $70.

Availability is limited, so call the Tournament Hotline at 202-721-9500 or visit
http://www.leggmasontennisclassic.com to reserve your spot. 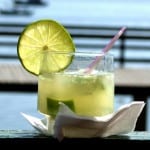 DC IS a Beer Town!

Now that it’s July 4th in our Nation’s Capital, it’s time to celebrate with DCs new and original brewing tradition – see the video (produced by Kate Musselwhite for her film class at American University, thank you Kate!) and check out the local breweries that will be at the Mid-Atlantic Craft Brew Fest (MAC Brew Fest) on Saturday, October 15th, 2011 in downtown DC: