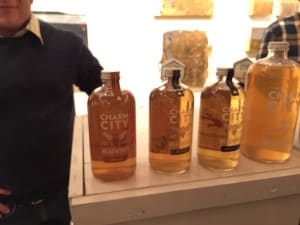 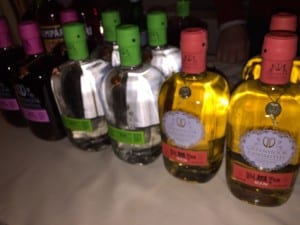 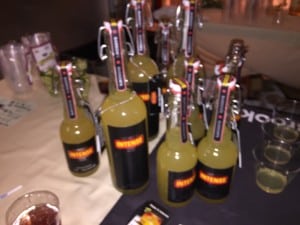 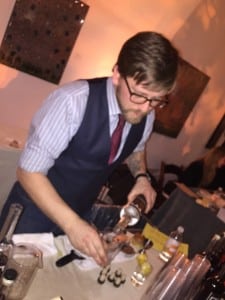 The Hard Truth About Cider

Cider Apples - Ugly to the Core!

When I first began putting this article together, I really wanted to understand cider – no, not the stuff you drank as a kid, and not really the “hard cider” concoction mass-marketed in the U.S. for people who want alcohol but have a sweet tooth – I’m talking about the “artisanal” ciders produced in Brittany, France, parts of Britain and now the U.S. Farnum Hill Ciders seemed like a good place to start and the fact that they were willing to “donate” some samples to my tasting cause (tax man-I drank them as a “charity” to my spirits!) certainly made the journey to understanding worth it. I tasted (more like consumed!) the Kingston Black Reserve and the Extra Dry. Yes, both of them had aromatics reminiscent of apples, but just as in wine, there is so much more to the nose. Well-made artisanal products have intense aromas and I noticed quite a bit of spice – or was that the fact that I associate apples with cinnamon and clove? Ahh, the brain, such a wonderful organ, it adds immense complexity to everything, especially when it comes to olfactory powers! What screamed out of the glass (mug?) of the Kingston Black was a yeastiness reminiscent of Belgian Lambics. The finish was dry as a bone on both products and you could see right through each glass of cider – they are obviously filtered. Conclusion: I need to learn more about cider before I evaluate them, so I contacted Farnum Hill’s Corrie Martin (Director of Marketing and Strategy).

Cider: Closer to Wine or Beer?

My conclusion from the interview is that “cider” is a great product and has a significant “potential” audience, the problem is getting the message to them! The dilemma is whether cider is more like beer or wine when it comes to marketing the product? Farnum Hill uses the same yeast strain that is used to make Champagne – so check-mark on the the wine side. Corrie mentioned that the market for the product and the retail shelf location tends to be near Belgian beers in the refrigerated section – two check-marks for beer. Much of the marketing is geared towards Champagne lovers – another check-mark for wine. Apples have “terroir” like wine grapes do, but apples are grown generally in cooler regions where beer is consumed as in Britain and northern France – check-marks on both side. When it comes to pairing, wine, beer and cider all have their pluses and minuses. In other words, cider has some image hurdles to jump before it can reach its intended audience.

So after the interview, I have some thoughts about cider and it’s place in American consuming culture. As Corrie mentioned: “cider is a farm drink”, it’s an agricultural product, a product of the earth. I think this is an important point: wine is portrayed to the American consumer as a “cultural” product. Yes, vines are grown in the fields and grapes ripen based on sun, heat and other elements, but there’s a bit of the “liquid poetry” and the expression of the earth story line. I don’t picture wine makers in overalls, even though that’s probably how they do their job, I picture them in a tasting room, evaluating. If you’ve ever been to France at wine trade tastings, it’s coat and tie, and frankly it’s a bit stuffy. Add the English culture to the wine equation with connoisseurs, sommeliers, and Clarets and wine is part of the aristocratic tradition. Even the British wine critics are bery, bery British, I mean watch your P’s and Q’s, thank you very much!

Beer on the other hand, is a more industrial product, and even on the “micro”/craft level, I picture engineers in jeans playing with test tubes, measuring the hops and talking about ABV. Even high-end beers are enjoyed by jean-clad, t-shirt wearing beer geeks who often produce the product in their cellars at home. You never hear the term “craft” relating to wine, it’s “craft beer” – you can make this stuff, buy the right ingredients, get your yeasts, a few instruments and heck, you can make the good stuff! The biggest differentiation is when you attend a premium wine festival vs. a beer festival. Wine is more dressed-up, beer is more casual in dress as well as attitude. You “have” a beer, never wine. Wine has plenty of accessories: corkscrews, glassware, stoppers, aerators, preservation systems and the list goes on; beer needs a church key and a glass, you’re good to go!

So where does cider fit – and is that “hard cider”? My conclusion is that cider’s strength’s are closer to beer’s. Yes, apples vary from year to year like the quality of grapes, but cider is not a product that needs aging, and it preserves better refrigerated, so it most likely will be found in your retail outlet either in the domestic beer section or near the Belgian beers. Most cider will probably be marketed as dry or off-dry (that’s another consideration – how many people “perceive” cider to be sweet – that’s a marketing hurdle all by itself!) and possibly even looks similar to Champagne in color and bubble, but it just drinks more like beer! The alcohol level is in the 6-8% range (generally, very generally!) so that makes it a consumable closer to beer for practical purposes – you can have a mug of cider/beer of 12 to 16 oz. and still walk-away – the equivalent consumption of wine might take you over the legal limit, again, another consideration.

So now I add the weird question: when would I drink cider? Does it replace some of my wine consumption, or more of my beer drinking? I drink wine with food – period. Beer to me is an excellent stand-alone beverage, something I often drink when smoking meats, in fact, I use it as a cooking timer – ribs are ready after 2 or 3 beers, brisket the same, but add a 1-hour nap. I’m basing the beer equation on an approximate 12 oz. beer, many of the ciders are sold in 750 ml’s which is just over 25 oz..oh, that’s 2 beers, right! I often add beer and apple cider vinegar when I braise my BBQ to finish it for an extra hour or two – hey, again, cider is perfect, it saves me one step! Oh, and I love to make wine vinegar with any leftover wine, now I can make artisanal cider vinegar. Another double benefit for me. Cider will take away some of my beer consumption, but virtually none of my wine consumption. I drink beer maybe once a week, but wine literally every day, usually lunch and dinner, so a few bottles of cider a month suffice for my personal consumption. Another plus, is it doesn’t effect my Scotch/Rum/Bourbon consumption – a true relief to me!

Image is everything when it comes to marketing a product, especially when you are trying to reach the “up market” demographics that cider is reaching. The bottle shape, size, closure (cork or cap?), the location in the store, the design and text of the label will all have an enormous effect on the perception of cider. The trick is to be associated with a competitive product that has the high-end image the producer is seeking. Champagne has this image as well as wine, but so does craft beer. If I pour cider in a fancy thin flute, you might sip it differently than you would if I poured it in a 16 oz. pint glass, in fact, I guarantee you will treat it differently. Still, Belgian beers have been relatively successful at marketing themself, and the consumer will drink Belgians in pints or in special glasses, I’m not sure if it makes significant difference in the products perception? Personally, I like the idea of a group of casually dressed people in a Pub with old-fashioned blue-collar ceramic mugs drinking frothy ciders and singing old English songs of a time gone by. I actually like the blue-collar image of cider – it’s sort of a nostalgia thing, kind of like the return of the Hamburger joint in the U.S. – yes, the hamburger’s recipe has been updated with better cheeses, Kobe beef, homemade ketchup and fries fried in olive oil, but it still brings back memories of a simpler more casual time. When I drink my Champagne, I want my Champagne, but when I drink my cider, I want to just be cave-man me!