These two women – Kate Thorman and Nora Chovanec of Abbott & West Productions – seem to have alot of fun traveling, filming and eating their way through countries – this video is from their “The Innocents Abroad” Series: 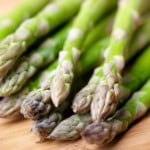 Living the Dream – the New Farmer

This was a fun interview I did at the Taste of Atlanta in 2010 with a great lady – Belinda Wernau, one of the owners of Little Red Hen Farm Belinda is part of the renaissance of farming as more than just a way of life, but a philosophical “back to nature” movement. Belinda has a full-time job outside of farming in a technical industry as a chemical engineer and she has 4 kids to raise as well. Somehow she balances her life and provides an idyllic setting for raising chickens for their meat and eggs and she has become financially successful at it, beating her financial expectations by becoming profitable in under 3 years.

Enjoy the video, it’s enlightening. Is working on a farm really living the dream? If you come away with a more realistic understanding of the ups and downs of running a small farm, then this post was successful. It’s OK to romanticize leaving your job and having a better, simpler life in balance with nature, but that’s probably not going to happen for you (or anyone for that matter!). There is a satisfaction to working with your hands and to producing something tangible that people can appreciate. In a world where 90% of people work indoors for over 40 hours a week, sitting in front of a computer, checking email, meetings, cell phones, etc. appreciating the realness of an animal being raised and the associated pitfalls of nature seems to resonate with many. Personally, I’d rather just enjoy the fruits of this labor, but if you have a hankering for going all the way, talk to a farmer – you’ll be surprised what you might discover!

I love marketing–there is nothing more thrilling to me than when I meet an entrepreneur in the food business promoting his or her passion! I met Laura McManus, President and owner of MacKenzie Limited at a recent Sante Baltimore event on Sunday, June 13th, 2010 at the American Visionary Art Museum. MacKenzie Limited is a purveyor very high end smoked salmon – well, more than that, here’s what the website says:

Mackenzie Limited was founded by an Englishman with a passion for gourmet food and a penchant for Scottish smoked salmon. Our 44-page catalog features more than 350 items available online and through mail-order including decadent desserts, premium seafood such as Maine lobster and traditional aged balsamic vinegar from Italy.

I’m including my short interview of Laura discussing her “foodie” philosophy and McKenzie’s “flavor profile” and then I added her fun appearance on QVC:
(for some reason it repeats itself??)