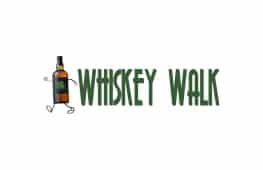 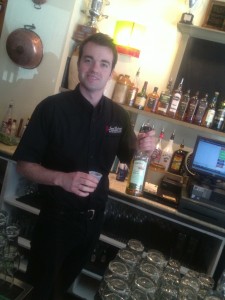 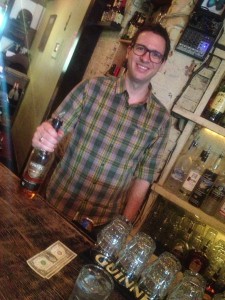 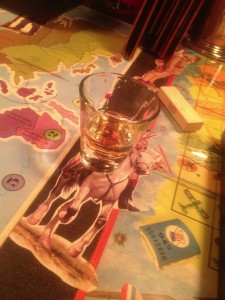 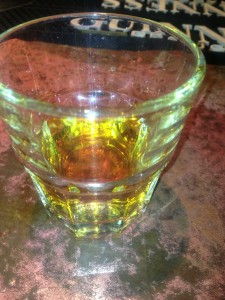 The Crawl Begins..I attended the Inaugural DCBeerathon which was held in Washington, D.C. on Saturday, November 10th, 2012. I really had no idea what to expect – first time event in DC, but a record in NYC..we would see.. Let me give you the bottom line: it’s a beer tasting/crawl that takes almost super-human stamina and for some reason, I even believed I could visit all 26 bars and finish all the beers! Note to self: next time, skip the bars with Mega-commercial beers and go home after 14 or so stops – my body/brain was so overwhelmed just past the midway point, that frankly I’m not sure what I said or did!

I started the event a little before 1 pm at James Hobans Irish Pub just off Dupont Circle, and found a group of local beer crawlers who were willing to put up with me for a few stops. Since there were 4 different egistration bars, there was only a small crowd of people waiting to go on the tour – a group of guys wearing Uncle Sam costumes were at the front of the line, but they were really the exception to this event – most people were just regular un-costumed beer lovers, or people looking for a good excuse to try out all of these bars. I didn’t see anyone in running costume..during any point in the event..OK, it’s NOT a running event (at least in DC).

<Note: Rather than list all 26 bars and beers, I’m including the Event Course at the Bottom of this Post – click on the photo and it will be easier to read.>

Starting from Hoban’s (Beer 1: Guinness Black Lager), we left to go south on Connecticut Ave. and began cruising at a good pace with my fellow imbibers: Max, the Golfing Floridian, his wife Ammi (she wasn’t drinking — only with us for moral support!), Brent the Commercial Real Estate Wheeler Dealer, and a gentleman I’ll just call Mr. Navajo..I found out late in the experience that he was 100% Native American Indian..I may have said something about this, maybe something I shouldn’t have said, but frankly I don’t remember, and he was a fun guy to hang out with! The Floridians were relatively new to DC, so I was sort of the local guide – we had a course map that was frankly very well detailed, and having lived in DC for over 20 years..well, we didn’t get lost..at all..Our basic route was south from Dupont to Science Club, Mackey’s and then north up Connecticut Ave. and all the way up to Adams Morgan (The Reef was our high point..literally, we were on the roof after the walk up 18th St.)and then we hopped on a taxi and decided to go from the south part of 14th St., starting at Stoney’s and move our way north to 14th and U which had multiple stops on the same block..this is also where our cohesiveness as a group began to fade..I guess I wore out my welcome, but who knows!

Here are just the “Lessons I Learned” and Highlights:

–Our pace quickened as time went on – At our 2nd stop at Science Club, we sat down, chatted a bit and I learned about my fellow drinkers. The Floridians were just getting into the food scene here in DC and were curious about local customs. I told them about how craft beer was booming in the DC Market and how only just over a year ago our first brewery DC Brau opened up, and how many more had followed afterward. Once we all got to know each other (Wheeler Dealer and I both talked real estate for awhile – I once was a commercial real estate broker in DC in a former life until I Drink on the Job ), we stopped sitting down at each bar – rather, we would walk in, show our badge (which got clicked), get our beer, down it, and move on..efficiency is the game!

–Beers with more flavor became easier to drink as we went along as our taste buds became bored with flat commercial-style beers. So I’ll probably never get Annheuser Busch to sponsor my TasteDC business..oh well, I think it’s better to be honest..American style lagers begin to taste flat and almost like “lite” beer along the way as your palate becomes a bit fatigued. I also noticed that “hoppier beers” like Starr Hill Northern Lights IPA revive your palate and wake up your senses – almost like a cold splash of water in the face. Other beers of note – I had my first 3 Stars Beer – the Pandemic Porter at Stoney’s, very flavorful and not too creamy, more refreshing – DC Brau Public Pale Ale – I had this when playing Bocce at Black Jack (first-time – I beat Mr. Navajo, and he was Pissed!) – the hops really revived me and gave me needed energy!

–You Have to Eat Along the Way. I had mixed feelings about eating and drinking beer – this tends to put me right to sleep, so I ate lunch before I left. Still, in the spirit of sharing, everyone bought food and shared like the Sliders that Mr. Navajo provided to us at BGR’s – grease is good, and BTW – their onion rings are HUGE and real vidalia onions..some of the best I’ve ever had! We also all grabbed a big slice of Pizza once we were on 14th & U – that was good and needed sustenance..

–After the first few beers, I began drinking a few swigs out of the glass, often leaving half the beer. Hey, it was impossible to stay sober, but why waste yourself with bad/boring beer? I began to notice that beer was tasting like water near the end – which was around 10 pm when everyone split-up – and the final beer I had, a PBR (1905 ran out of Kona..I think?)..couple sips..need I say more?

–At some point, a certain mental lunacy sets in where you stop really being aware, and go on instincts.
Even good people go looney after 15-20 beers, multiple bars, and 10 hours on your feet. I think it was at Alero on U St. where the volume went way up on the music and Wheeler Dealer starting hitting on a woman, and her girlfriend laid into him – this is why Saturday nights are a really bad time to go drinking in bars – it seems that everyone holds back the whole week to let go..I think this is when the group lost cohesiveness and I said some things I shouldn’t have said ( who me??) and the group split up.

–The point of DCBeerathon is to have fun – it’s not a game to win. Considering that I spent over 9 hours walking, talking, drinking, and eating with 4 people I barely knew, it’s amazing that we all got along..and had a pretty good time at it! My conclusion is this is a fun event for people who enjoy beer, a little partying, but also a unique way to see DC our city. Everyone wants to experience a city in their own way, and I would definitely do Beerathons in their other cities which now include Houston, NYC and Savannah, Georgia..maybe this could be done with wine and whiskey too, who knows – Cheers!

P.S. Almost forgot..I actually completed “getting” 24 beers out of the 26 stops AND I actually stopped at the 25th stop which was JoJo’s, but I never got a beer – the place was so crowded from the band, so I just hung out and sobered up a bit..oh, I missed The Codmother, which would have been 26..