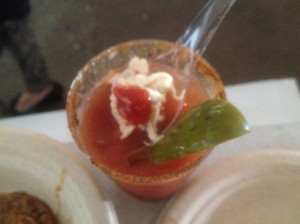 The Winning Bloody Mary by Chef Scott Drewno, The Source

I attended the Washingtonian Brunch and Bloody’s event on Saturday, October 20th, 2012 at the lovely Long View Gallery on a perfect day in Shaw, Washington, D.C. This was a very well-laid out event and although it was sold out, there was plenty of room to get to the tables and taste unabated..and the mimosas flowed like, uhh, wine! Let’s put it to you this way – if you left this event hungry, then you were probably just drinking, and with over 10 medium-sized Bloody Mary’s to try, you probably would have rolled out! Having said that, I’ve noticed that the restaurants and chefs at these events are getting extremely good at preparing slightly exotic dishes and pushing the envelope on how to serve 250+ people without a regular kitchen behind them.

The Bloody Marys featured Belvedere Vodka and the bar served champagne, mimosas, and bellinis featuring Chandon. Like I said – no one went home hungry, but not thirsty either..there was plenty to drink and I was most impressed that they served the mimosas in glass Champagne flutes..and of course, there was the lovely smashing of glass at the beginning of the event- sort of like a Greek wedding.. or maybe it’s a Jewish wedding, but back to the event.. 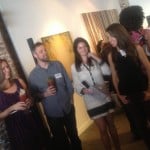 The “Bloody” Judges including Cori Sue Morris of the Bitches Who Brunch and Jeff Faile, Mixologist of Fiola Restaurant

This event was based on the Washingtonian’s list of the 50 Great Breakfast and Brunch Spots from Washingtonian – and it was double smart of them to invite the infamous bloggers the Bitches who Brunch to the event to judge the Bloody Mary’s. 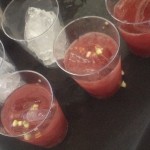 More Bloody Mary’s in one afternoon than I can remember..

Here’s their own marketing pitch from the CVent Website (interesting that they used such a high-powered registration system for this event – maybe a touch overkill for a 1-time event, but they sold out, so it worked!) Introducing The Washingtonian’s premier “Brunch & Bloodys” event! Enjoy delicious brunch bites from restaurants featured in The Washingtonian’s October cover story “50 Favorite Brunch Places.” Participating restaurants will also compete in the Bloody Mary challenge, in which guests and a panel of judges (including Washingtonian editors, the Bitches Who Brunch, and Jeff Faile from Fiola) will vote for the best.

Here’s the List of Restaurants that participated and the dishes they served (I put my own comments after the dishes):

Art and Soul –    ?
Black Market Bistro / BlackSalt –    Black Market’s pancakes and BlackSalt’s Bloody Mary
Brasserie Beck –    Mini quiche Lorraine with Micro Herb Salad & Bloody Mary & Jumbo Lump Crab Meat Shooters
Busboys and Poets –    Coffee, Sweet Potato Pancakes with 100% Pure Vermont Maple Syrup from Coombs Family Farms, Vegan Tuna & crackers – they served a Vegan yellow tomato Bloody Mary which I remember because they were the only restaurant to use non-red tomatoes. The Sweet Potato pancakes were very good with the maple syrup – they didn’t even ad pads of butter because this restaurant is promoting their Vegan/vegetarian dishes.
Chef Geoff’s/ LIA’S –    Mini Vegetarian Quiches and Brunch Bread
Eatonville  –   Gumbo (crab, rock shrimp, andouille sausage, fried okra, white rice) and mini pulled beef short ribs sandwich – I only had the short ribs sandwich, but I have to admit – simple comfort foods seem to show the best at these kind of events.
Founding Farmers –    Mini Yogurt Parfaits with Housemade Granola; Corn Muffins; Bacon Lollis – The Bacon Lollipops were alot of fun – essentially a sugar-coated piece of bacon that reminded me of putting bacon on my pancakes with maple syrup – a real winner!
Howard Theatre –   Shrimp and Grits, Breakfast berry parfaits – I didn’t know the Howard Theatre was serious about food, but these were some flavorful Grits with a bit of Jerk seasoning to give them a kick. 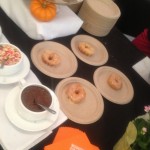 Donuts with the fixings!

Jackie’s –   Maple-Chai Doughnuts – They served these donuts glazed and you could put your own toppings on like cocoa and sprinkles – Yummy!
Maple Ave Restaurant  –  Chawanmushi  – Chinese Steam Egg with carmelized kimchi
Mintwood Place   – “Croque Madames”” featuring veal tongue” – This sounds exotic, but it tasted like really good ham and melted cheese together – fancified comfort food, this was very good.
Poste  –  Smoked Trout Rillette with citrus crème fraiche and trout roe on a waffle chip – One of the more “Foodie” dishes with layers of flavor – I liked this alot, but I’m always a big fan of caviar/fish roe – I love when the little eggs pop in your mouth!
The Greenhouse at the Jefferson  –  Quiche with Caramelized Onion, Bacon, & Gruyere and Quiche with Broccoli & Cheddar
The Hamilton  –   Steak and Eggs Burr-naise and Bloody Alexander
The Source  –  “Sambal Goreng” Spicy Hangover Eggs, Braised Short Ribs, Chesapeake Mary, Jumbo Lump Crab, Gordy’s Pickle

Overall, this event was very well run and had plenty of food, drinks and space to make it enjoyable. Since everyone could taste every dish and drink relatively quickly, the event was full and mostly empty within two hours of the start – it was a Saturday, and everyone nowadays likes to make multiple plans on the weekend, so that was another plus. The key to these events is to give the chefs/restaurants space and let them do their magic – the organizers understood this and even the Bloody Mary judging took backseat to the food. Hopefully this becomes a regular Foodie Event on the DC Food and Drink Event Calendar, and if so, I’d like to see how trends in Brunch change over time – Cheers!

P.S. Here’s a Recap of the Bloody Mary Competition by the Judges from the Bitches Who Brunch.

Washingtonian Took Some Great Pics too – and Yep, I’m in one of the photos! 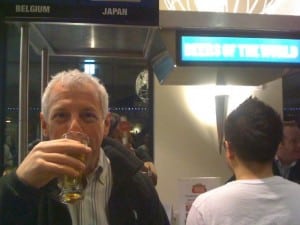 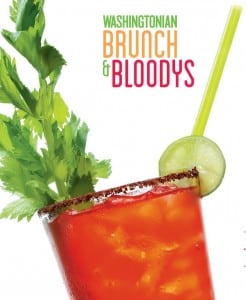