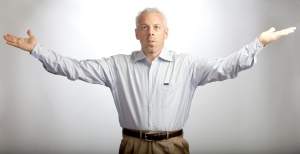 I’ve heard so much about terroir in the wine press/blogging/twitter the last few years, that I’m past overwhelmed by all the statements and now into my denial phase. If you’re not familiar with “terroir”, it’s all about the “placeness” of a wine: the what, where, and how of the type of vine chosen, the varietal, the roots, the soil, the micro-climate, the wine maker, the regionality and of course all the factors that go into making the wine. For example, the “terroirists” or proponents of the idea that wine (and cheese, and beer, and pretty much anything you consume) should represent the unique characteristics of its region, are generally against much human manipulation, ie. chemical fertilizers, fungicides, herbicides, and too much use of new oak (this is a very short list, there are many more!). Their thinking is that we should taste nature’s gift the way nature intended it to be–use natural yeast, don’t filter or fine, and let the grapes ferment and express themselves the way they were meant to..enough, enough!

So what’s my issue with the concept of terroir? Does my skepticism towards the idea that you can (or can not) taste the soil in the final expression of the wine give me the right to throw the whole idea of nature’s expression out the window? Well, that’s not my point. I actually believe that better wine makers know and understand the locality they live in and they should use the least aggressive means of getting the vine to ripen grapes and express the full range of flavors. I believe that terroir, like character, is personal to each wine consumer. We each HAVE our own terroir (where you were born, your family history, the way you were brought up, etc.) and VIEW terroir differently – you say tomato, I say tomaato, well..you get the picture. We all express our own terroir, taste things in our own way, and we should each express our own opinions. The terroirists like many idealists are just too fanatical for my tastes, so to speak. They often condemn “manufactured wines” that have no soul, no individuality, and don’t represent a unique micro-climate. Fine–but just like the average American consumer, I want to enjoy a wine and I want it to taste good – what if 2 Buck Chuck tastes better to my palate than a $45 bottle of Burgundy, does that make me insincere? Isn’t there a place for mass market wines just like there’s a place for chain stores, or other commercially made products? Sure, I prefer handmade chocolates, but I’m not offended by the highly industrialized manufacture of Hershey Kisses, hey they taste good too!

The French say “to each his own” – so be it with wine. You only buy grass-fed organic beef from the farmer’s market, I like Prime-Aged corn-finished meat, but my mother swears by the tenderloin at Costco. Same with wine, each of us has different needs and goals in mind, so that should sincerely respected. I’d rather drink a local Virginia or Maryland wine (non-organic – it’s not possible at this point to produce organic wines in our area primarily due to humidity and rainfall during harvest issues) than an organic wine from say Chile. Both wines are great, but I can see the face of the Virginia winemaker at a local wine tasting room or at local tastings. I like the idea to keep money in the community when possible – that’s my feel good issue. For me, my sense of terroir is connected with the people I help in life – economically, spiritually, and in whatever way I can be of assistance. I don’t give money to international charities because I try to assist the homeless that live within a mile of a my home. My terroir is right here..

The Terror of Terroir

I’m working on the chapter on “Terroir” for my upcoming book “I Drink On the Job” and I’m trying to figure out a simple way to explain to people that basically “terroir” means..well, uhh, sort of…poop!  Very few people I know love the smell of..well, crap, but in essence that what terroir is – it’s the stink of the earth..well sort of, it doesn’t necessarily have to stink, I mean when I think of the terroir of a runny washed rind cheese, I think of…there it is again, barnyard!  So how do I try to convey in language the natural, earthiness of terroir without getting stinky about it?

So here’s my idea: rather than try to connect terroir with “earthiness”, I’m going to write about “placeness” or “somewhereness” – Terroir is the character of a place, the effects of taking two identical living things and bringing them up in a totally different environment.  If I plant the same Chardonnay vine, identical in every way right down to the DNA and I plant them in totally different “places” then I will come up with two totally different wines.  An analogy I use in the book is the story of two identical twins.  Let’s say I separated soon after birth two identical twin baby girls and brought them up in two different places with completely different parents, say one was brought up in Los Angeles by a wealthy family, and one was brought up in Tokyo, Japan by a lower class family.  Twenty years go by, and they happen to meet each other..would they be the same?  I mean, would they have the same personality and character, would you mistake the two of them for the same person after being around them for a few minutes?

This is very difficult to convey in simple language, because I think terroir is really a concept less scientific and way more philosophical, maybe akin to explaining “biodynamic” to someone who has never heard of it.  I’ll put some real effort into explaining the “placeness” concept, I just hope that people will read my book and realize that terroir is not only vague, but it is also difficult to detect in a wine.

And maybe one person’s terroir is another’s terror.. 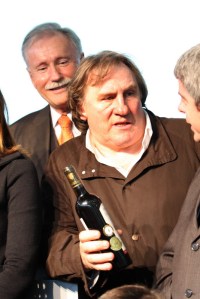 I love when famous people scorn the artificiality that exists in so much of the world!  How often do people want to say something negative but fear retribution because: 1) they might hurt the affected party, or 2) (more likely) they’re worried that people will no longer respect/like them and possibly will condemn them?

Take a recent article in Decanter about French actor-winemaker-restaurateur Gerard Depardieu  who “disdains biodynamics, Jamie Oliver and ‘bullshit industrial wines'”.  The brief description of the upcoming article in Decanter depicts Depardieu as an enemy of the biodynamic movement in France because he considers it to be a poor use of resources available to the winemaker.  Since this is only a description of his upcoming article, it doesn’t go into specifics, but it’s still fun to read about those who don’t shy away from controversy.  Natural, organic and biodynamic wines are better for the sustainability of the earth – right?  If you believe members of the wine “naturalist” movement like Alice Feiring who recently wrote a book called “The Battle for Wine and Love: or How I Saved the World from Parkerization” you would believe that only
“natural” wines (wines that have not been “over-manipulated” by chemical fertilizers, pesticides, and fungicides or any conditions set by man such as overuse of oak or sulfites) would be better tasting, better for you, and ultimately make the universe a better place to live?  As much as I enjoyed Ms. Feiring’s point of view in her book, and her very entertaining style, I’m still a skeptic: can you taste the difference in a wine untouched by man’s alleged intervention?  Isn’t wine in fact a man-made product and today’s wines are actually better tasting, with less bacterial issues than ever before?

To answer my own question–I’m really not sure of the answer, but I think pointing the finger at winemakers that use new technologies to get a product to market that the market actually wants to consume is not in itself a bad thing.  Give the people what they want as the saying goes.  On the other hand, I am TOTALLY impressed by winemakers who attempt to use natural methods such as the phases of the moon and nature’s cycles to make a quality product.  Personally, I grew totally organic vegetables this past summer just for that reason – I know I could have gotten higher yields and had less problems if I had sprayed and used other chemicals and soil agents, but I chose not to..why?  Because the challenge is to work with what nature gives you.  Sure, I could grow massive tomatoes, but I wanted tomatoes that had intense flavors and plants that figured out how to resist disease on their own.  This was a personal decision, not a decision I would suggest on others – if you want to eat organic, natural foods, go for it, I eat a mix of foods from natural to “manufactured”.

I started with Gerard and ended with my take on the “natural” wine movement’s main motives.  In the end, to each his own, but at a minimum allow those on both sides to express their opinion.  Liberal, conservative, radical, whatever, Gerard has taken a pretty racy unpopular view, heck he even condemns chefs like Jamie Oliver, my God, that’s the Naked Chef (or originally was)!  Gerard, I’ll forego going “au naturel” in order to express, my own beliefs like you have – touche!