Archive for the ‘Wine Bar’ Category 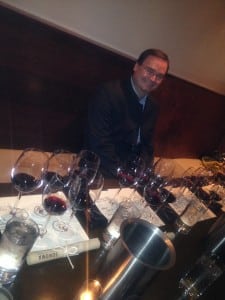 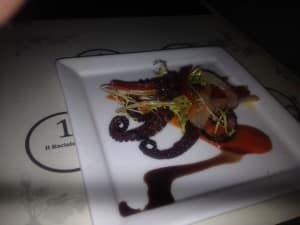 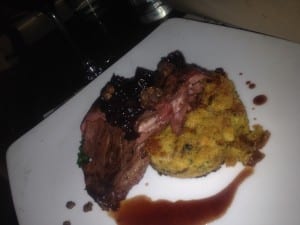 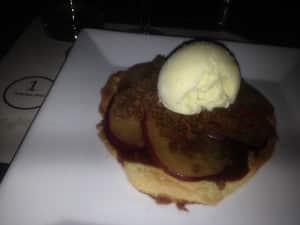 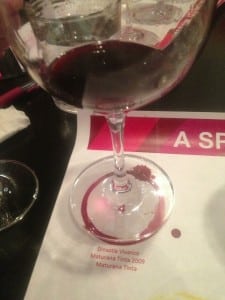 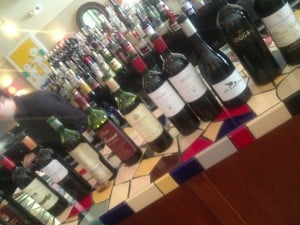 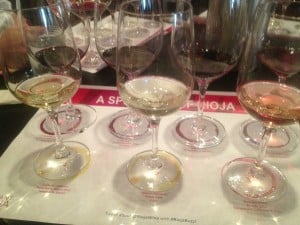 I attended a LivingSocial sponsored event “Wine + Cheese at Black’s Bar & Kitchen” (Bethesda, MD) on Saturday, November 17th, 2012 from 1 – 3 pm – actually, it was the first event I had attended through LivingSocial even though I had purchased many restaurant deals from them in the past. The event had 2 flights of cheeses, 12 cheeses in total and wines were paired with them, a total of 8 (See list of wines and cheeses with Photos below). It was a seated event and guided tasting with main presenter Chef Mallory Buford speaking about the cheeses and Black’s Sommelier Anderson Plunket discussing the wines. Chef Buford was very knowledgeable about cheese, but each cheese producer also had their own representative/distributor to talk about each cheese’s qualities. It was a nice combination of class and chance for people to talk amongst themselves – I would call it “lecture light” and more of a chance for people to try everything and make their own conclusions. This restaurant is really known for seafood so it’s kind of interesting that they decided to try a cheese and wine event – my understanding is that all of these cheeses are on their existing menu, so that makes sense..but don’t ask an Italian – they claim that seafood and cheese should never go together!

There were 12 cheeses and 8 wines:

So these 2 young ladies taught me a new term “Drink Until Your Sober” – I sort of understood what they meant, but they elaborated that this is when you keep drinking, especially wine, and you no longer feel drunk/act drunk..not sure if this is true, but it’s an interesting perspective none the less – Cheers!

The Wine Bar Craze in the U.S. 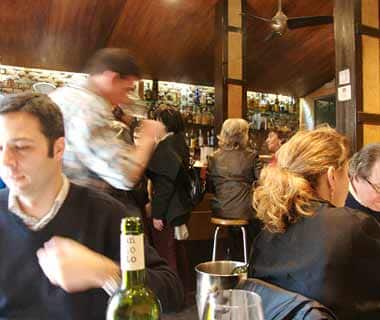 I recently read this post and photo montage of great wine bars in the world from Travel and Leisure Magazine Europe’s Best Wine Bars and was amazed at the diversity of concepts. I’ve been contacting many wine bars in the Washington, D.C. area recently about their special events and educational wine class offerings and I’m noticing that they all have different concepts of what a wine bar should be. Some local wine bars have a chef and a full menu, while others simply serve charcuterie and glasses of wine. The majority have beer programs as well, but the commitment to beer varies across the board. Almost all have some type of specialty wine preservation system like Enomatic that uses Nitrogen or Argon as inert gases that displace air in the bottle and preserve the wine to some extent.

The question is how does one differentiate what designates a “wine bar” vs. a restaurant? If a restaurant has a bar and they primarily sell wine, does that make the restaurant a wine bar as well? If a wine bar has a chef and also sells wine, does that simply mean it’s a restaurant that sells wine as well? And what about the situation where a wine bar/restaurant also has a license to sell off-premise wine and beer – shouldn’t that be called a wine bartailer? In Virginia, there’s the interesting combination of a restaurant and a separate establishment next door of an off-premise wine retailer. Due to unusual laws, this allows consumers to walk into the wine store, purchase a bottle of wine and consume it next door in the restaurant dining area. Virginia doesn’t allow consumers to bring their own wine into a restaurant (also known as “corkage”) but it does allow these special establishments. These type of restaurants normally charge a fee for the privilege, but it is usually must cheaper to do this than to purchase a wine off a restaurant’s wine list.

I’m going to be doing more research into wine bars and their special event requirements as a I spend more time marketing my services as a wine professional for hire as a wine educator. Future blog posts will cover how wine bars increase their profitability through special events and special programs including private events. Hopefully, this information will help both existing wine bars and potential wine bar owners in their decision-making and will increase the quality and revenue generation of wine bars throughout the world – Cheers!