What Better Way to Start Than with THE Grand Bordeaux Tasting..

Most Start-ups launch with a big PR blitz and lots of sizzle and noise. That’s great, especially if you have lot’s of venture capitalists/financiers behind you and money to throw..unfortunately, I do not! Still, what better way to launch TasteDC (still needs some Design work – sort of a house that needs door knobs and paint) than with a GRAND Tasting – I mean it’s even in the name – Union des Grands Crus de Bordeaux! 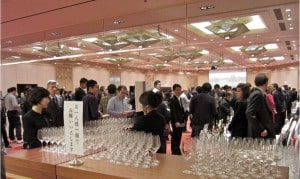 Wine Tastings Can Be Daunting!

So what should you expect at this tasting?

1) Great Producers Showcasing a Fantastic Vintage -I’m attaching the list of producers (below) – I know, it’s completely Overwhelming – sort of like going to the store and seeing all those Chateaux on the wine labels and trying to figure out: 1)which one will taste good and 2)why are the prices all over the place – I mean should I really spend $49.99 on a wine when the label on the wine next to it is $8.99? The Grands Crus are the best wine makers in Bordeaux, so you can expect to taste some really great wines.

2) A Chance to Connect and Understand Bordeaux Better – first of all, what is Bordeaux? Bordeaux is one of the largest wine growing regions in the world – it’s in Southeast France just off the coast of the Atlantic Ocean. The French label their wines primarily by Region (versus by Varietal as we do in America – we say “Cabernet Sauvignon”, the French say “Bordeaux” – get it?) If you like Big Reds, then Bordeaux has them – most are Cabernet or Merlot based, so these give them some weight. Meat eaters love Bordeaux, but they’re surprisingly good with hard cheeses and earthy dishes, especially the kind most people eat in Fall and Winter.

3) Finally Understand What “Vintage” Means and If It’s Important – Vintage is the year the grapes are picked/harvested..NOT the year the wine is bottled – Memorize that! Now that you know, why does it matter? Because grapes are grown outside and the weather and external conditions has a major impact on their ripeness and flavor. Some years are good, some not so much – but 2010 was a stellar growing season for great grapes and thus great wines from this region. Also in great vintages, everyone makes great wine – so you don’t have to purchase the top Names, try and enjoy wines from lesser known producers.

5)There are Five Grands Crus – Five Growths – usually a First Growth costs more than a Second, Second more than Third, etc..it’s not always true, but if you want to understand this better (also called the “1855 Classification”) go here. 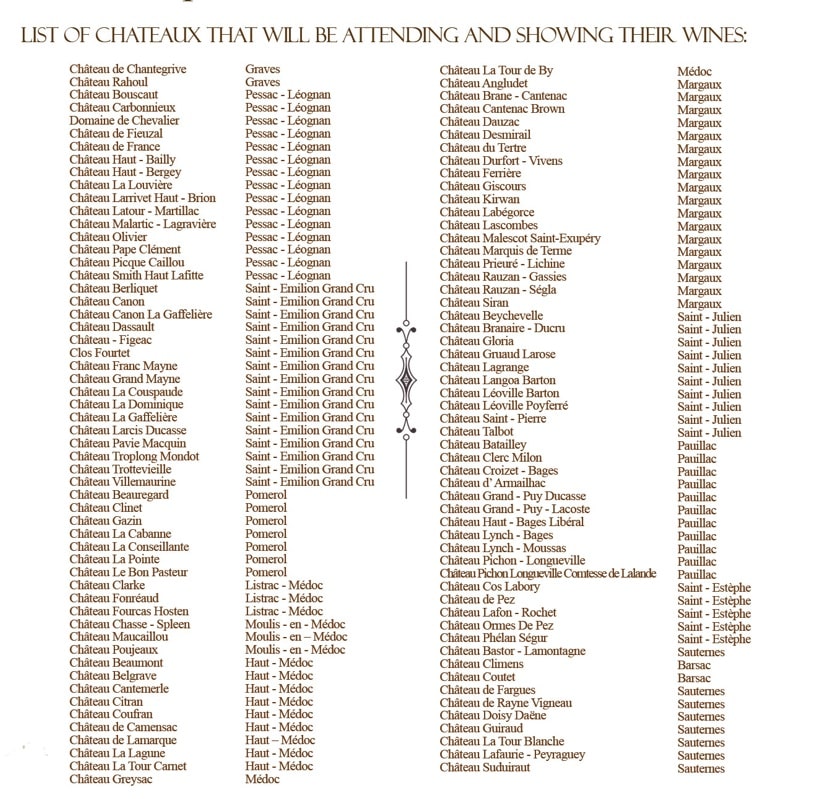