Capital Food Fight Always Knocks Me Out – Round 2

Yes, I went to my 2nd round at Capital Food Fight in Washington, D.C. at the Ron Reagan Building on Monday, November 11th, 2013. Getting to taste 60+ chefs, hobnobbing with Celebrity Chefs like Carla Hall, and Jose Andres and just soaking in the restaurant/hospitality way of life is such a treat! 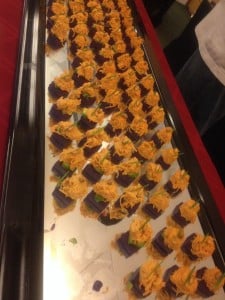 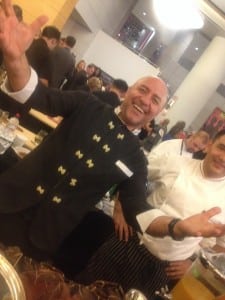 This annual extraganza raises $100,000s of dollars for DC Central Kitchen and also has the added benefit of raising the profile of Washington, D.C. as a True Foodie City – we always appreciate the added push! What really fascinates me about these mega-restaurant promotional events is there really isn’t one kind of crowd that attends – there are the diverse interests of DC from Lobbiests with clients, to Foodies/Restaurant people who either produce/make the dishes or are somehow connected with the industry. It’s definitely a schmoozerama, but it’s also a chance to meet some of the Big Name out of town chefs/celebrities like Tom Colicchio from Top Chef, Rick Bayless, Todd English, Art Smith and Battling Chefs Erik Bruner-Yang, Bertrand Chemel, Spike Gjerde and Anthony Lombardo. 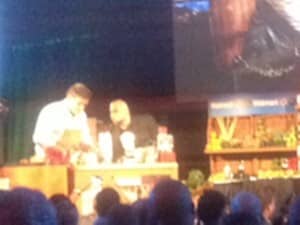 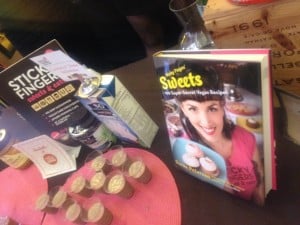 -Smoked Oyster Dish with Lamb Bacon by Beuchert’s Saloon – 3 reasons: smoke, oysters and bacon (in this case from the lamb neck!) – gets points for originality, interesting blend of sea/land and of course tastyness!

-Pulpo’s creative Shrimp Ceviche – I actually thought it was lobster and it had Aquavit in it – so booze and seafood combined!

-Farmer’s Fishers Crab Bisque – I’m not sure if that’s the name of the dish, but it had tons of crab in it – sweet!

-Slider from PJ Clarke’s – so lowbrow – Love It! 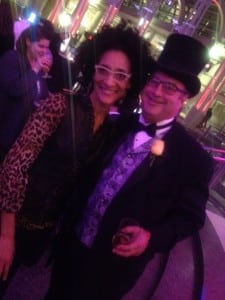 Kudo’s to the Bloomery Plantation folks who allowed me (Illegally – Press was denigrated to the regular $250 Riff-Raff fold..) into the Chairman’s Double-Secret VIP area upstairs where I had their great cocktails, a wonderful 25 year old XO Cognac and got to hang with Carla Hall and Jose Andres before I decided that I actually wanted to taste the dishes downstairs!

And the Winner of the Battling Chef Competition: Spike Gjerde, Woodberry Kitchen! 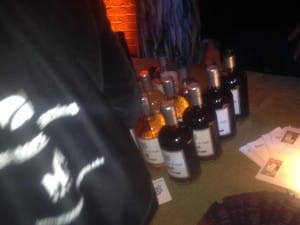 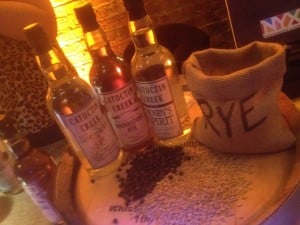 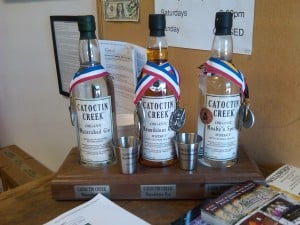 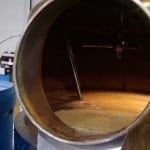 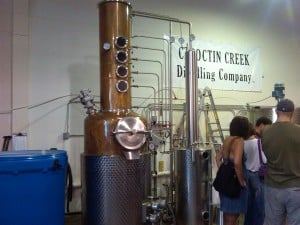