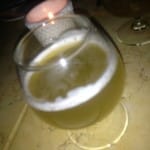 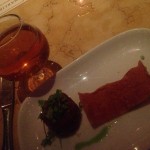 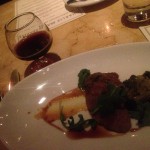 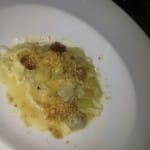 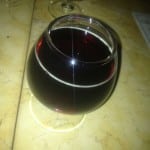 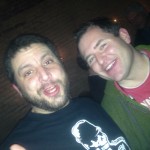 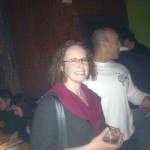 If It’s March, It Must Be Beer Time!

It seemed that beer classes and beer dinners had disappeared..

5-Course Anchor Brewery Beer Dinner with Brewmaster Mark Carpenter w/Top Chef Sprissler’s Dishes – Wednesday March 27th
It may seem unusual, but DC was full steam ahead with beer events over the past few years, but it just kind of stopped late 2012..I can’t explain it, but beer dinners disappeared, beer classes were impossible to find, and you really had to search out beer events other than tap takeovers (maybe it was a hangover from too many recent beer festivals?)..Well Great News – as of March, 2013, that all has changed! One of the reasons is that the American Craft Brewer’s Conference is in Washington, D.C. this year and so many great American Craft Brewers will be here from March 26th-29th.

Here’s a List of upcoming DC Beer Events (no affiliation with DCBeer.com – but they are an excellent resource!)

–March 9th, Noon – 4 pm – Real Ale & BBQ Fest at Heavy Seas Brewery, $49/per person – In addition to your Heavy Seas favorites from 10 taps, our award winning brewers will be creating many one-of-a-kind casks! We’ll be pouring real ale from 10 firkins, including from the wood.

–March 25th, 6 pm, Cheese and Beer Tasting with Janet Fletcher – Cowgirl Creamery is pleased to welcome Janet Fletcher, author of the brand-new guide, Cheese & Beer. Janet’s weekly cheese column for the San Francisco Chronicle has made her a nationally recognized cheese authority, and we’re the first store in the nation to have her beautiful new book. Come meet Janet at this private, walk-around tasting. You’ll sample a selection of the best American craft brews expertly matched to their cheesy soul mates. Ticket price includes a signed copy of Cheese & Beer. Space is limited. Reserve now for this tasty and educational evening.

–March 25th, 7 pm, The Craft Brewer’s Conference Beer & Food Experience at Birch & Barley, 1337 14th St., NW, Washington, D.C. – I haven’t gotten the list of brewers, but this is going to be some shindig! 5 Craft Brewers in town for the CBC (locals DCBrau and Flying Dog will be there..)

– March 28th, Beer & Cheese with Oxbow & The Bruery, $45/per person, Meridian Pint 3400 11th st NW , Washington DC 20010– The 6 PM seating is $45 (tax and gratuity included) and will feature Tim Adams, Oxbow Co-Founder and brewer, and at least one representative from The Bruery. Michelle Gardner