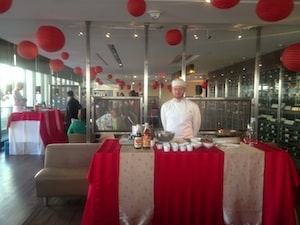 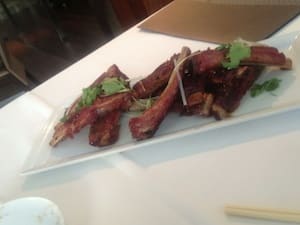 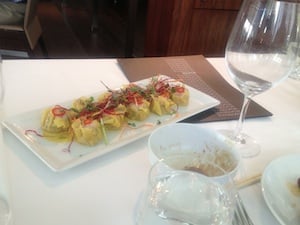 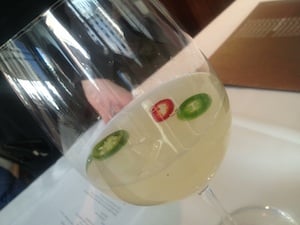 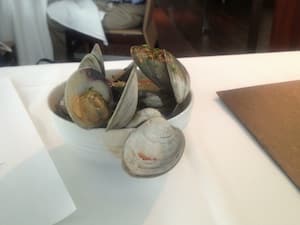 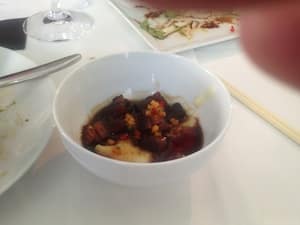 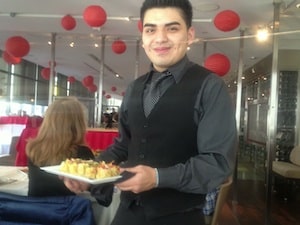 A Multi-Chef Event with Star Power in DC

Capital Food Fight on Monday, October 8th, 2012 was a culinary party for DC’s Foodie Elite! This impressive event had a Sold-Out Turnout of around 1,500 people tasting, imbibing and nibbling on 2 Levels of the Ronald Reagan Building. What makes this event so different from many multi-chef events in DC was the Star Power draw of some big name Chefs and Foodie Stars: Anthony Bourdain, Padma Lakshmi, Carla Hall (DC’s own!), Andrew Zimmern and of course DC’s own infamous Jose Andres put on a show for the crowd around the cooking competition between 4 Battling DC Chefs:

I have to admit – I was so focused on tasting many of the 60 Restaurant’s dishes at the event, that I barely paid attention to the cooking competition – I’m a professional taster, and that’s what I do at these events – Taste! the list of restaurants was quite impressive, here’s the list of about 60 – Capital Food Fight Restaurants .

Ohh, and here are the dishes served:

Bandolero • Red snapper tostada – really woke up my tastebuds and refreshing with a good dose of salt to bring out the fish and other flavors!

Belga  • Celery waffle with orange duck in cotton candy – I didn’t feel like waiting in line – the cotton candy just got so much attention – food as entertainment I guess!

Carmine’s • Meatballs & eggplant parmigiana – funny how the most basic foods get oohs and aahs at this event.

Graffiato • Cured sardines & broccolini with preserved lemon & aged balsamic – sardines definitely wake up the senses at a crowded event like this.

And of Course lot’s of Media Coverage:

“Where Did That Iguana Come From?” in the City Paper

I’ve always enjoyed talking with Ben Giliberti – even when he was the Washington Post wine critic (which lasted for 22 years, he followed the venerable Robert Parker!), he was always accessible in person and frankly, quite humorous! We were walking away from a Chablis tasting in Washington, D.C. and we were discussing his new role as Director of Wine Education at Calvert Woodley when I posed to him the question “how would he use Social Media and the internet to promote wine education?” We went back and forth for a few moments talking about how things had changed in wine over the last few years and then I pulled out the mini HD video camera and filmed him for about 3 minutes or so, see how he did: