Are You A “Food Tourist”? 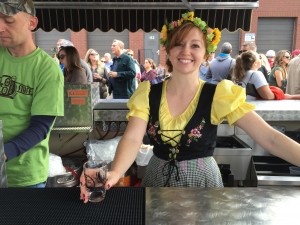 A Food Tourist (also known as a “Gastro-Tourist” – this name sounds a bit..flatulent??)  is:

“Gastro-tourists are foodies who want to go behind the scenes to taste and discuss the nuances of local region-specific foods and to learn about unique ingredients and cooking techniques from cultural experts.”

-Is more than just interested in going to fine-dining chef-driven restaurants – they want a “unique” experience around food and drink,

-Sees food, eating and drinking as more than just a necessity – it’s a form of experiential entertainment

After reading these lines, it may seem a bit high-falutin’ to be a food tourist, but it’s really just an extension of the realities of the modern world – people can afford to live and enjoy many of their fantasies, hopes and dreams – food and drink satisfy both a primal and an aspirational component of a Foodie’s life. 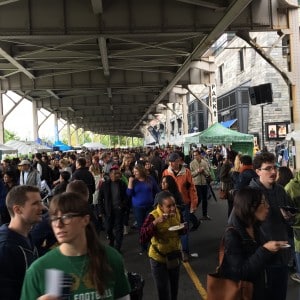 Taste of Georgetown packs them in with thousands of Foodies every year!

So what does this mean for the tourism industry and the companies that promote local food and drink? The key point is to focus on the “experience” – this is today’s “sell the sizzle, not the steak”:

-Since so much of initial information on a region is based on the web, consider adding or changing your website to expose and increase excitement level of your dining/drink experiences. For example, you could put the spotlight on a local brewery having a beer dinner at a local restaurant – this is much more interesting to the food tourist than simply listing restaurants/breweries on your site.

-Much of consumer tourism is focused on the weekend “escape” – a quick 2 or 3 day trip to escape the stress of working/urban lifestyle. This is generally a higher-income person or couple and they tend to eat out at finer restaurants and spend more money, so they are looking for a story to tell everyone – sort of the new “first on your block” to do something. This demographic has generally travelled and been to Europe, so consider emphasizing local “artisans” who make cider, distilled spirits, craft beer, or wine.

-Foodie experiences can include cooking classes, chef demonstrations, local food specialties (Georgia peanuts, Maryland crabs, Carolina BBQ, etc.) so give them an opportunity to try more than one: create a “Taste of <your city/town/county/region>” which showcases a mix of local food artisans, food trucks, restaurants, wineries, craft distilleries, breweries and other local foods.

-Give tourists an opportunity to explore and spend their money supporting “local” – the locavore/farm-to-table movement is still growing and resonates with the new Food Tourist – they want to both support local, be sustainable, and have a memorable experience. Support your local farms, and agri-businesses by listing them on your website and using social media to tell their story – you won’t regret it! 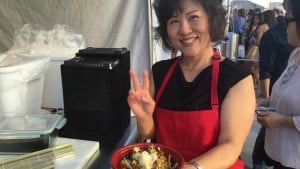 I hope this opens up some new ideas for tourism in your region – the challenge is to look at what you already have in the way of food and drink businesses and to better position them for success with tourists. Sometimes the best marketing program is to simply let these businesses do what they do – it may seem weird, but the internet and social media have made stars out of little local businesses that may seem under the radar, but actually have been on the Food Network or other media vehicles and have distinct followings. One example that comes to mind in my local area is Georgetown Cupcake in Washington, D.C. Even though they have virtually no marketing budget or help telling their story, they’re TLC TV Show DC Cupcakes (and Facebook Page with over 1.3 million Likes) keeps them constantly with long lines down the street in Georgetown – the only business like this in all of DC! 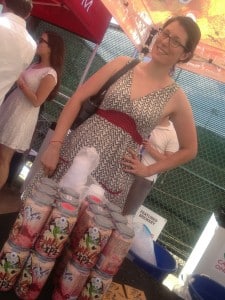 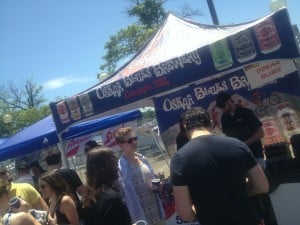 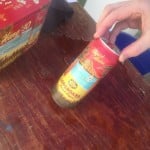 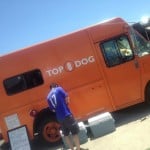 Cooking with Beer on TV

I’ve been on local TV five times since I wrote the book “I Drink on the Job” and it was mostly to give the book exposure – the title doesn’t suggest it, but really I wrote mostly about my experiences with wine and how much of what I learned was wrong or flawed. Now that I’m moving into the craft beer industry (I’m organizing DC’s Own Beer Festival – MAC Brew Fest on Saturday, Oct. 15th, 2011) I’ve decided to switch gears a bit. About one year ago I became seriously interested in the DC craft beer scene after reading Tammy Tuck’s article in Citypaper “Back to the Future: Inside D.C.’s First New Breweries in Decades”. Since then, I’ve lined up all the local breweries that recently opened in DC (DC Brau, Chocolate City, Port City, and Lost Rhino) and I’ve spent quite a bit of time tasting, meeting and participating in the local DC beer Renaissance – it’s a train that’s just starting to move! So when I received a call from Lindsey Gustin of Fairfax, VA’s Channel 10’s Chef’s Recipes to cook on TV in August, 2011, I thought it was finally time to break into beer as part of a meal – in my case, that meant cooking with beer.

This was my 3rd time on this show and each time I had a different role – the first time was pretty wide open cooking, the 2nd time was “Composing a Cheese Tray” and on August 16th, 2011 it was “Cooking with Beer”. I’m including Youtube videos of the cooking on the show, but my goal was clear:

The first dish I demonstrated was Beef Carbonnade made with Stillwater Ales Stateside Saison. Carbonnade is a fancy Belgian name for essentially long slow braised beef in beer. Traditionally Belgian beer is used in the recipe, but many American brewers travel to Belgium and learn how to use their native yeasts and produce comparable styled beers. Stillwater Ales is a brewery run by friend Brian Strumke – he’s known as a “Gypsy Brewer” – in other words, he doesn’t have his own physical brewery, but because of his creativity with producing flavorful and innovative beer styles, many breweries throughout the world collaborate with him to produce artisanal beers that have real flavor and character. The combination of this dark flavorful malty beer with browned meat and slow cooked caramelized onions had the whole camera crew salivating during taping – here’s the video:

The next dish was a New Orlean’s favorite: BBQ Shrimp. BTW, there is NO BBQ Sauce in BBQ Shrimp, the name is misleading – essentially it means shrimp soaking in butter – two whole sticks for 1 pound of shrimp! In this case, I actually wanted a more neutral lighter style of craft beer and since I found Starr Hill Festie on sale at Whole Foods on P St., in DC, that was the perfect beer. Essentially, you brown onions add 2 sticks of unsalted butter, a little garlic, then spices, salt and pepper (I always adjust recipes with my own spices I mix together after purchasing from Penzey’s Spices) and finally some crab boil (again, I was more creative with some Miso and Asian Shrimp Paste combined), beef stock, lemon and of course beer. You pour this sauce over the shrimp in a casserole and broil for about 15 minutes..let sit, eat shrimp and soak up Italian bread with the butter goodness!

Finally, I’m normally too lazy to bake a dessert, so I went for an old favorite – a Beer Float. I learned about this after reading and trying a Guinness Stout with a scoop of vanilla ice cream – the contrast of rich malty beer and vanilla sweet ice cream is just ecstasy to the senses! I used in this case Alexandria, VA’s Port City Porter and one scoop of Dolci Gelati’s Creme Brulee – the combination of rich caramelly roasted malty beer and the cool gelato is such a delicious contrast, you have to try this!

It was a really enjoyable taping, and of course, I got a chance to talk about MAC Brew Fest and to treat craft beer as a gourmet product fitting for both cooking in recipes and serving with the final dish – see you all in DC on Saturday, October 15th, 2011 at MAC Brew Fest – Cheers!

DC IS a Beer Town!

Now that it’s July 4th in our Nation’s Capital, it’s time to celebrate with DCs new and original brewing tradition – see the video (produced by Kate Musselwhite for her film class at American University, thank you Kate!) and check out the local breweries that will be at the Mid-Atlantic Craft Brew Fest (MAC Brew Fest) on Saturday, October 15th, 2011 in downtown DC: